If you are planning on having a Gujarati Hindu wedding, I would love to speak with you about photography! These unique ceremonies require an understanding of the traditions and rituals involved, and as a New York photographer specializing in Indian wedding photography, I work hard to capture every moment.

This ritual is observed to officially kick off the wedding. This is observed in both the bride’s and the groom’s places but separately. The priest performs a puja at the house, especially praying to Lord Ganesha and seeking his blessings to remove all obstacles from the couple’s paths before their impending union.

This is another puja performed by the priest to address all the obstacles presented by adverse planetary positions according to the bride and groom’s horoscopes. The priest offers appeasement to the Gods and seeks their assistance to smooth out any obstacle in the conjugal life of the couple-to-be.

The mehendi ceremony is generally observed two days prior to the wedding day. Henna paste is applied to the bride’s hands and feet in detailed intricate patterns. The initials of the groom are incorporated in the design. Other women in the family also get their hands and feet painted with henna. Wedding songs are sung by women at the venue during this ceremony.

This ceremony is observed during the evening a day prior to the wedding. Both the bride’s  family and the groom’s family come together at a common venue and perform songs and dance routines, especially traditional Raas or Dandiya and Garba dances. The ritual presents an informal setting for the two families to get to know each other well.

This ceremony takes place separately at the bride’s and groom’s places the day before the wedding. The bride or groom sits on a low stool or bajat with their palms upturned, and a paste of turmeric, sandalwood, rosewater, herbs and mogra attar or perfume is applied to their face, hands and feet. The Pithi is generally prepared by the bride or groom’s paternal uncle’s wife or Kaki. The bride or groom is then bathed with water.

This is an event where the groom’s maternal uncle or Mama, along with his maternal aunt’s husband or Mousa, goes to the bride’s house and presents her with gifts like traditional Paanetar Saree, jewelry, wedding bangles or Chooda made from ivory, sweets and dry fruits in beautifully wrapped boxes. This custom takes place the day before the wedding.

This is the wedding procession where the groom travels to the bride’s house. The groom arrives at the bride’s place on a horse, and his relatives walk with him while dancing with music performed by a band. Crackers are set off along with fireworks.

This custom involves the bride’s family welcoming the groom. The groom arrives, and he is met with by the bridal party, including the bride’s mother who performs and aarti, applies tika on his forehead and pulls him inside by trying to grab the groom’s nose, which he playfully tries to evade.

During this ritual, the bride and groom are introduced formally for the first time. They exchange garlands twice. For the first time, the groom has to stand on a stool so that he is standing on higher ground. For the second round, he steps down and they are on equal ground.

After the Jaimala, the groom is led to the wedding mandap by his mother-in-law. His feet are washed with milk and water, and he is then offered a drink containing five sacred ingredients—milk, yogurt, ghee, honey, and sugar—known as the Panchamrut. During this time, the sisters of the bride try to steal the groom’s shoes, known as Juta Churai.

The bride is led to the wedding mandap by her maternal uncle, and an opaque cloth is placed between the bride and the groom to prevent them from seeing each other.

The priest unites the groom’s shawl and the end of the bride’s saree while chanting sacred verses from the scriptures.

The bride and the groom, with their garments tied, stand up and make four circles around the sacred fire, each for the four goals of human life—Dharma, Artha, Kama and Moksha. The priest chants verses from the scriptures, asking the couple to repeat them.

The bride is made to touch seven betel nuts placed at regular intervals along a straight line with her right toe. The groom helps her during this task. The bride and the groom then recite the seven sacred vows during this ritual.

The groom puts vermillion on the bride’s hair parting and ties the mangalsutra around her neck.

The bride and groom feed each other with sweets at the end of the ceremony.

Seven married women are invited to bless the couple. While blessing the bride, these seven women utter the three words, “Akhanda Sauvagyavati Bhava,” meaning “May your married glory remain forever.”

The couple asks for blessings from all the elders of both the families. 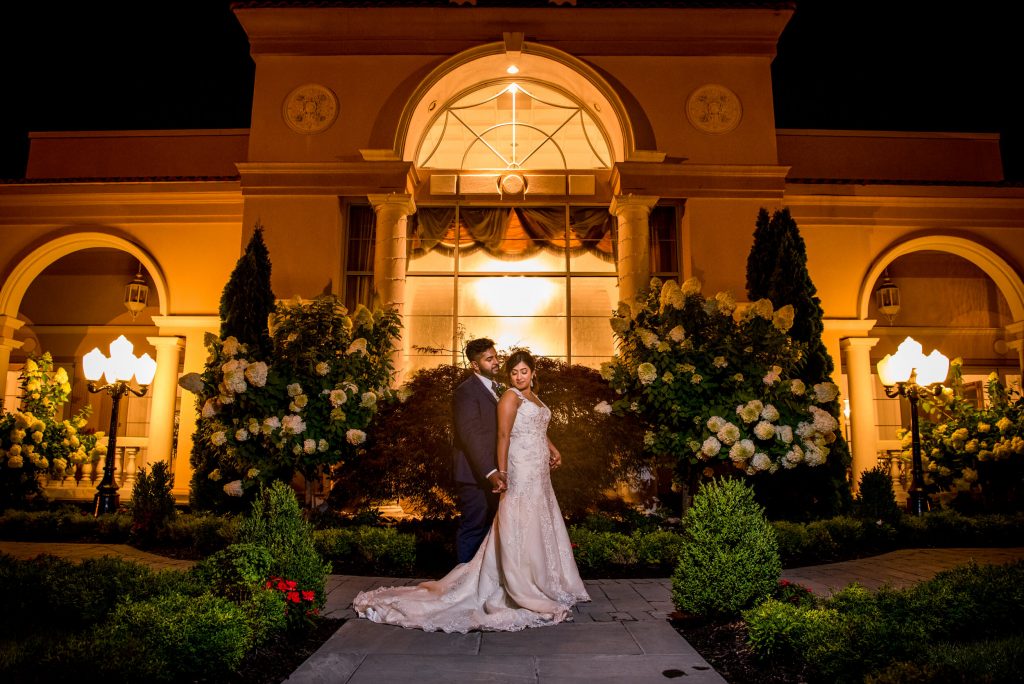 WHAT TO LOOK FOR IN A WEDDING VENUE 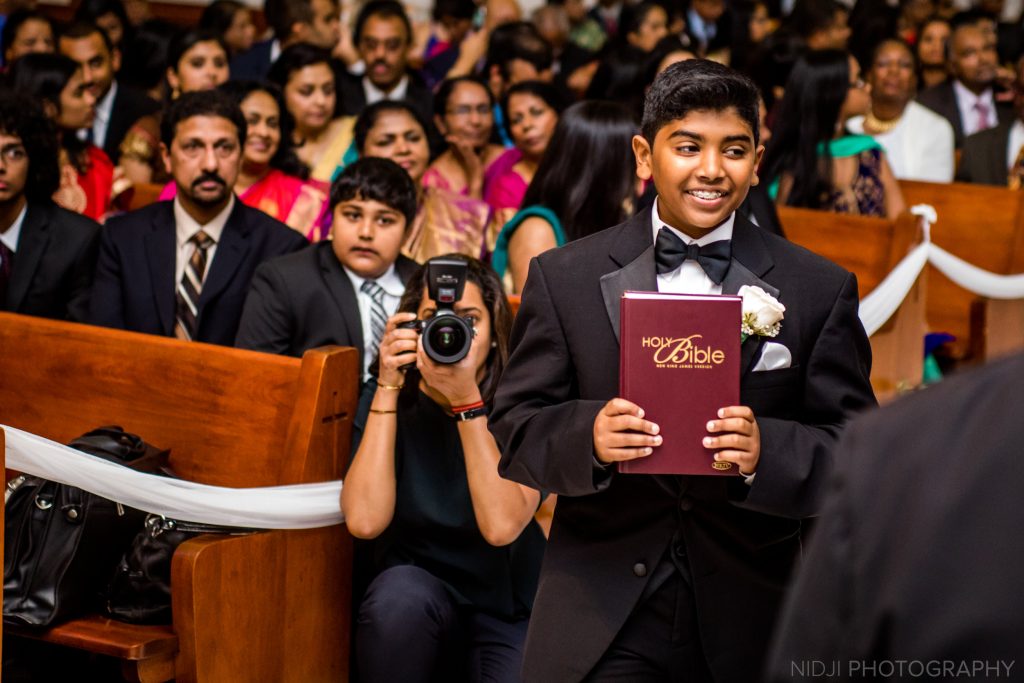 MY MOST FREQUENTLY ASKED QUESTIONS 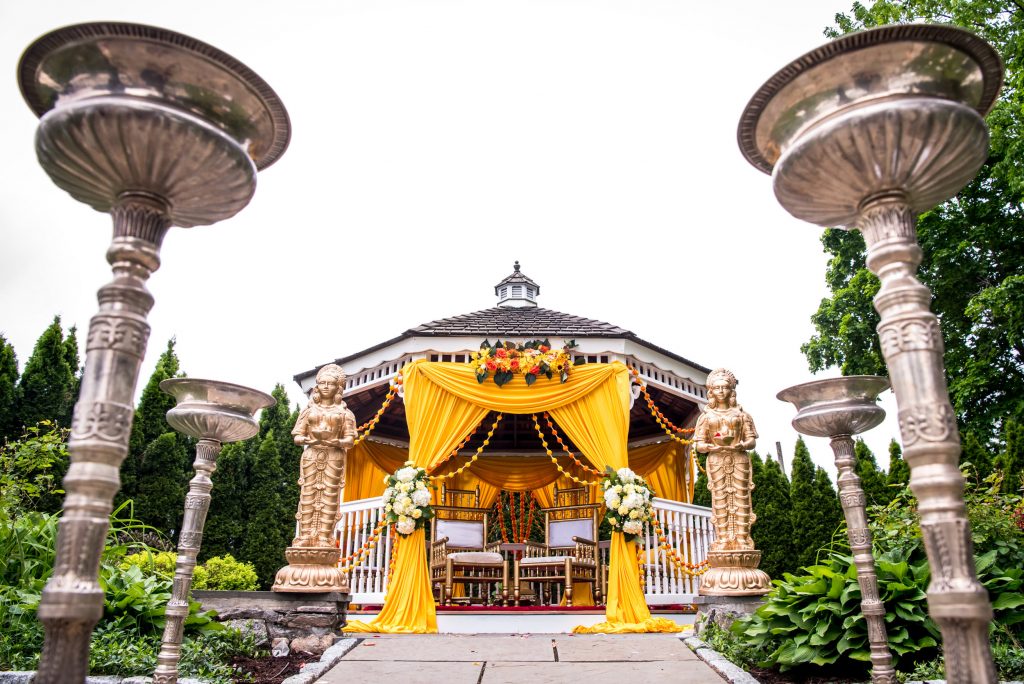 I understand how important it is to capture every moment of your Gujarati Hindu wedding! Do you have specific ideas for your wedding photography? Fill out the form below and let’s discuss your big day! 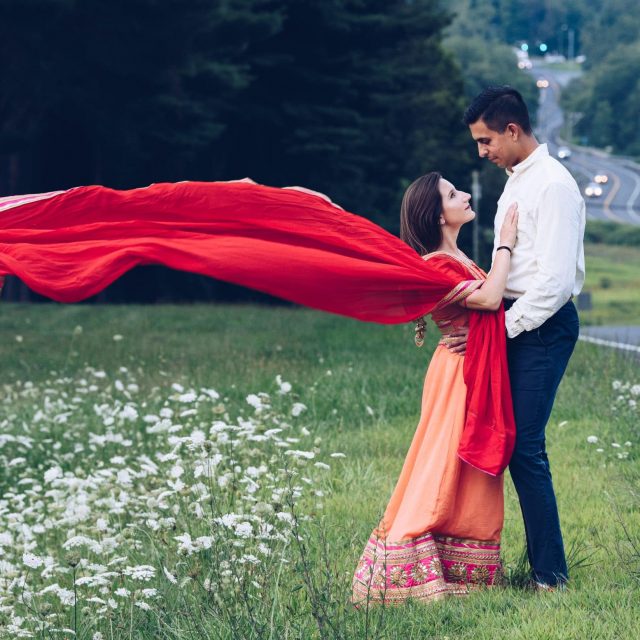 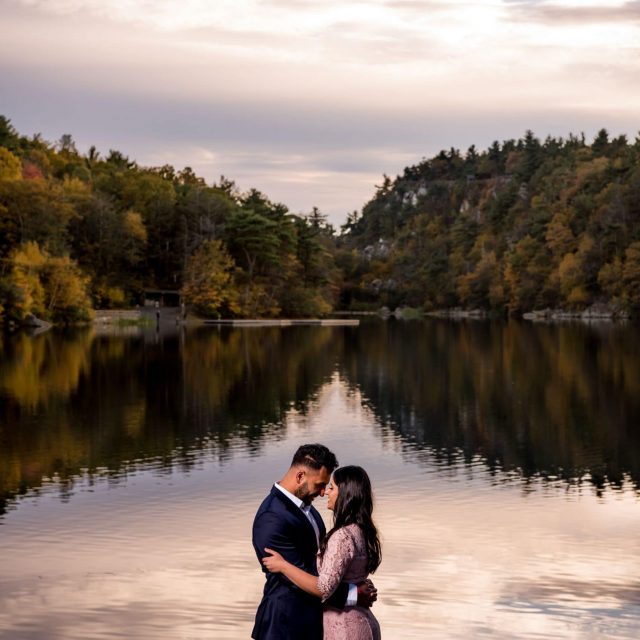 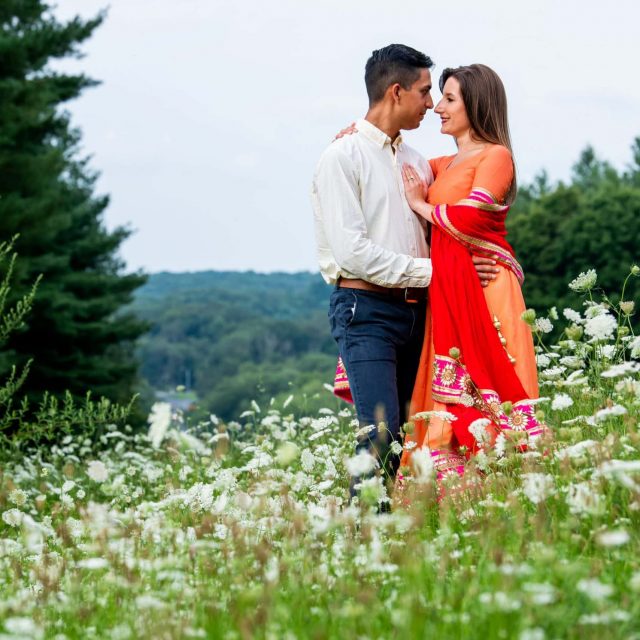 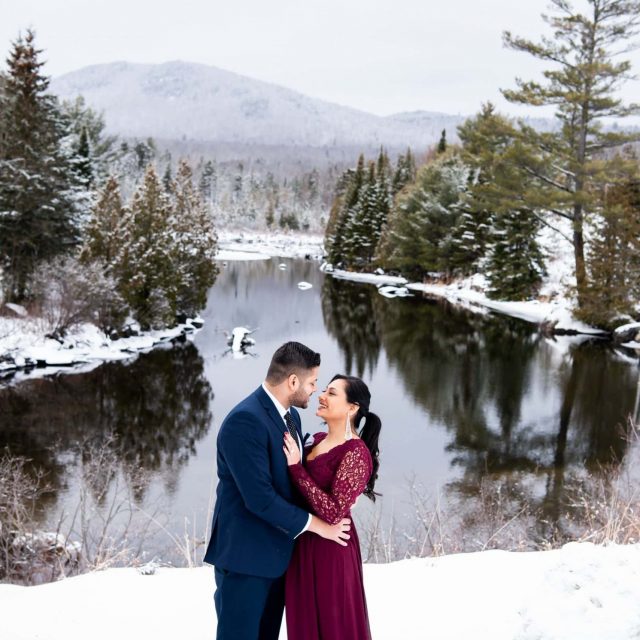 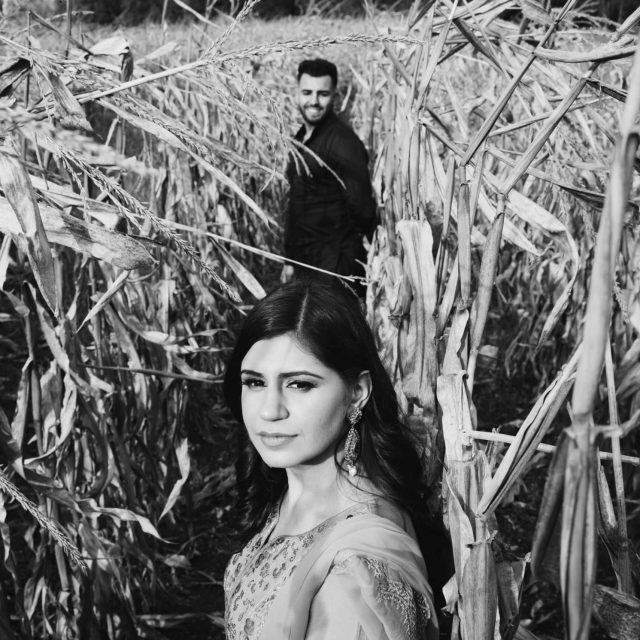